For local sushi prepared by a chef from Chiba

Restaurant Seizan in Granview Hotel Ishigaki, is the right spot for an extensive lunch or dinner when you have enough time to relax and really enjoy the seasonal dishes. We went there for lunch to celebrate Manabu’s birthday. Seizan serves lunch and dinner. Dinner is a little bit pricier than average in Ishigaki. Lunch prices are on the other hand very reasonable. For less than ¥2500 we enjoyed a seasonal, high-quality lunch. With surprises along the way. Have you tried jellyfish before?

Wood, shells and posters of fishes on the wall. Seizan is different from the average restaurant in Ishigaki

Most of the restaurants in Ishigiki, Iriomote and the other Yaeyama islands have sunny beach style interiors. Reflecting the island vibe on the walls and on your plate. Lots of wood, shells, posters of fishes on the wall. However, inside Seizan, it’s more like a sudden teleportation to mainland Japan. This restaurant could be in Kyoto or Tokyo if the lovely woven ‘minsa’ on the wall here was replaced by a delicate ‘sumi-e’. 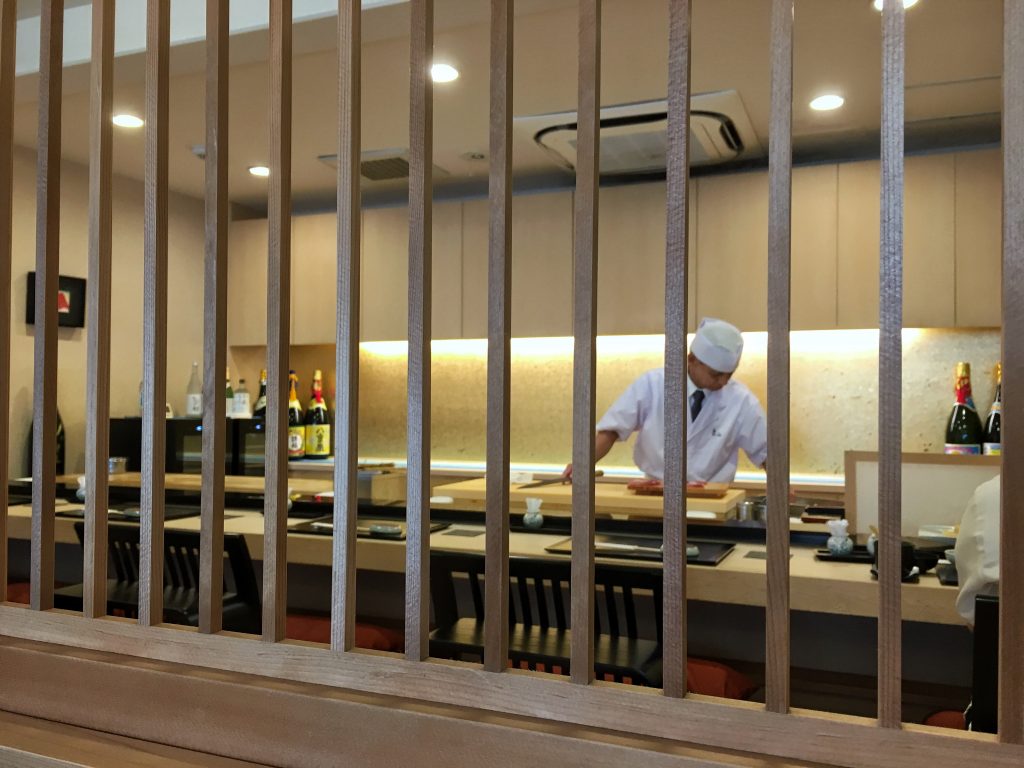 Japanese restaurants with a slightly formal, mysterious atmosphere and a minimalist look

The Yaeyama culture differs from the main islands of Japan. With its influences from surrounding countries and Ryukyu history, it’s an exploration of all your senses. But I love that minimalist, slightly formal, mysterious atmosphere from the Northern restaurants as well. Restaurant Seizan brought this from Japan to the Yaeyama, included the skilled sushi master from Chiba.

In Japanese restaurants, customer is still king. This creates a pleasant feeling if your travelling through this country. You feel welcome. In general staff is friendly and has a positive attitude. 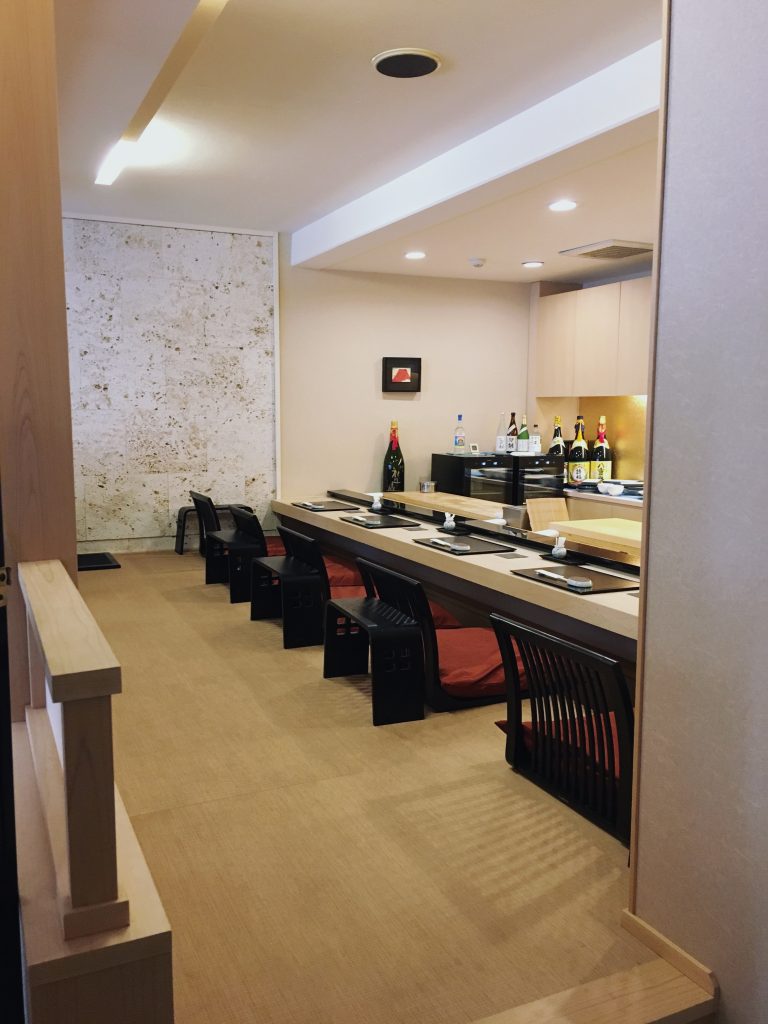 Here at Seizan you can choose to take a seat in front of the sushi chef and watch him preparing your dish. Fish is from local Yaeyama waters, veggies are seasonal, from all areas of Japan. 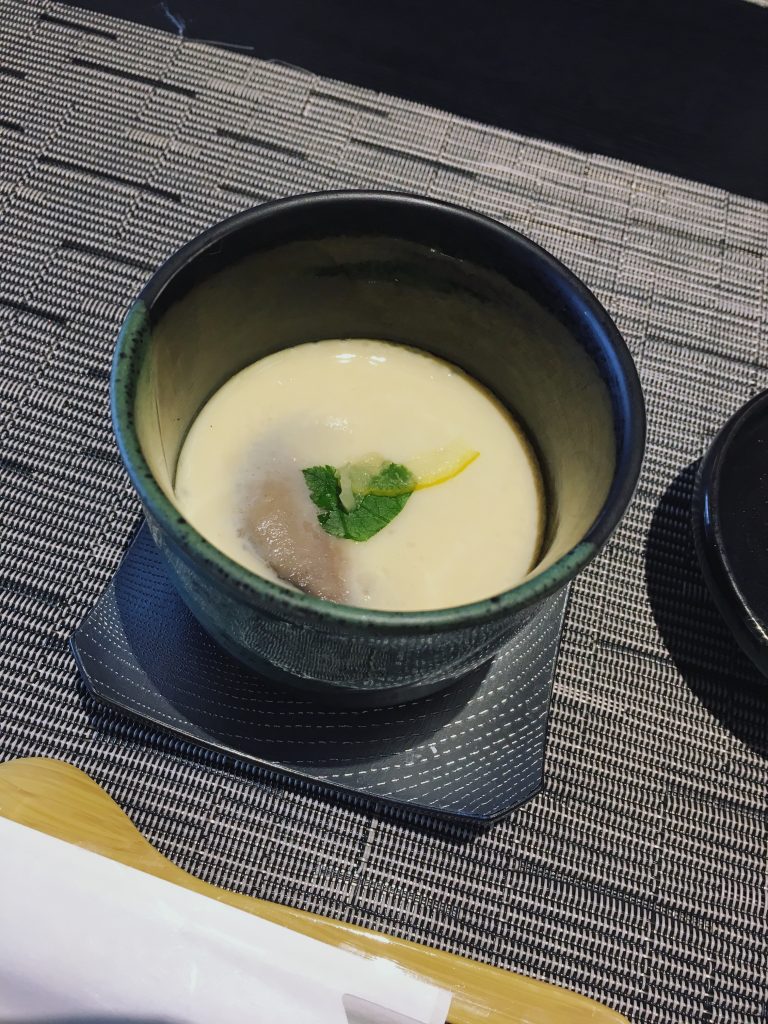 Steamed egg custard. A traditional Japanese appetizer prepped with egg in dashi (a bouillon base which is widely used in Japanese dishes), shrimp, piece of chicken, mushroom and yuzu.

Jellyfish on your plate at lunch restaurant Seizan Ishigaki

We ordered the ‘Irodori’ extensive colourful lunch set, after all it’s a special day ❤️ 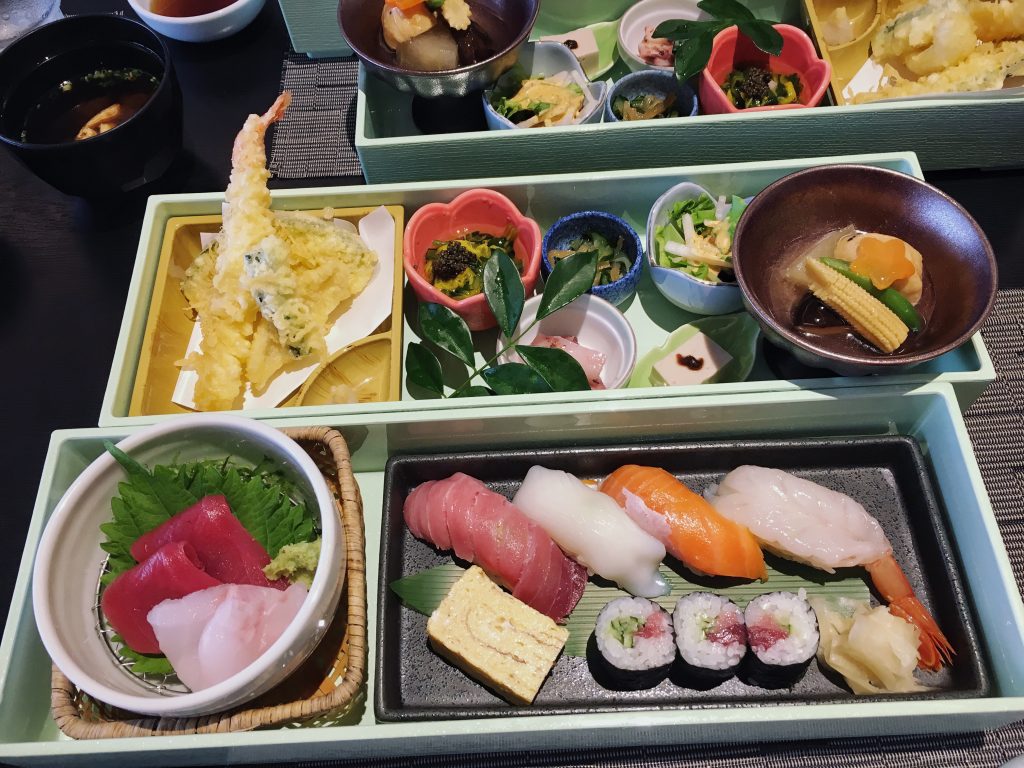 An important part of the Japanese cooking is the diversity of textures, colours and flavours 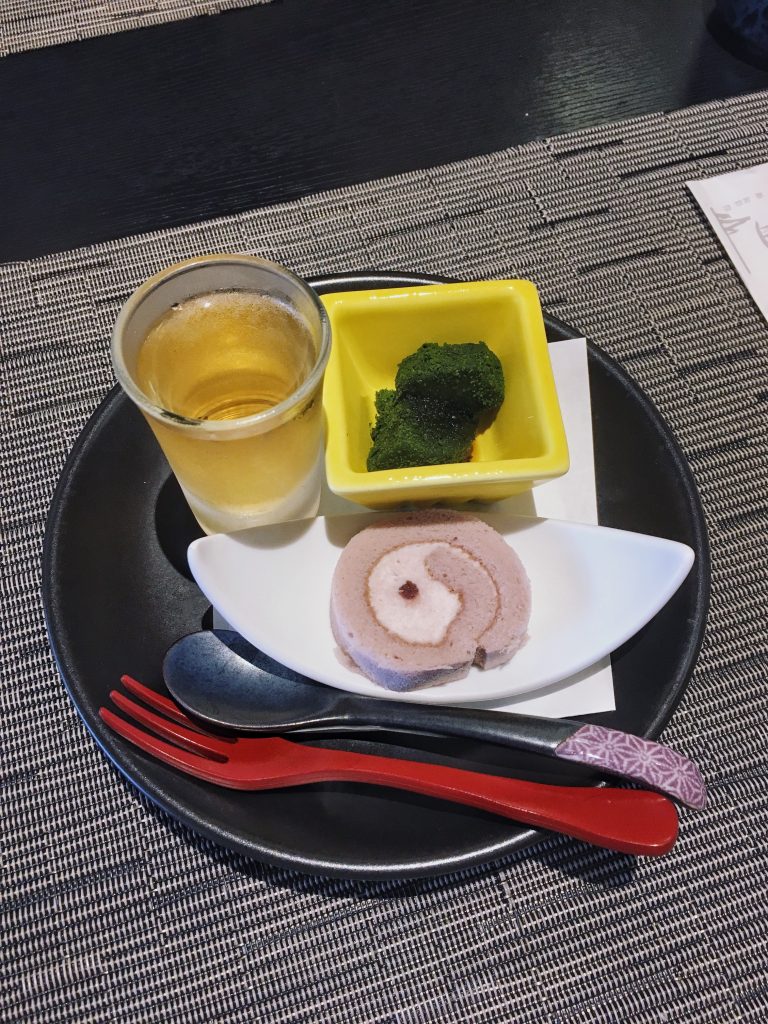 Dessert of the day

An apple vinegar jelly, matcha mochi and a cake roll with ume (plum). Served with care and attention. This lunch set is really the ‘taste of Japan’.