Don’t miss the traditional harvest festival Hounensai, if you’re in Ishigaki, Iriomote or one of the other islands. This festival is held to thank the gods for the rich harvest and pray for an abundant crop for the next summer.

Each village organises festivities seperately, which are open to the public. Some are private and only visited by local people.

This festival takes you to the heart of original Okinawan culture. A spectacle you wouldn’t want to miss.

Data change every year and communicated to the public quite late. Mostly in July and August, although on some islands Hounensai can take place in other months. The moon calendar is the basis for determining the date. However most important is that the gods communicate the date through the local shaman. 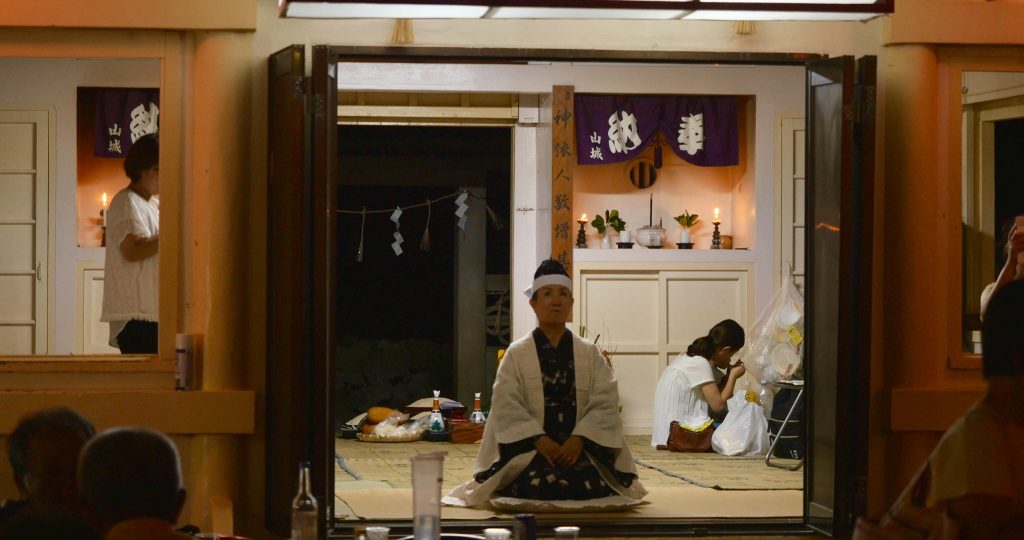 Throughout the day Hounensai offers traditional dance and music by all ages in beautiful clothes.

In every village groups of strong men carry huge, heavy poles with decorated tops through the street. Three men lead the group. They balance the whole by a rope. Until one of the men takes over the pole by only himself… 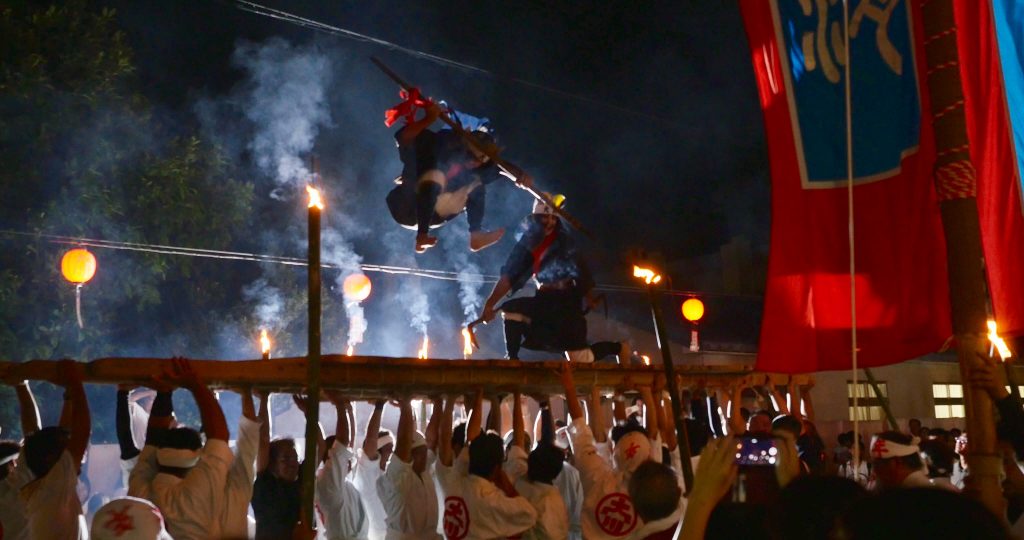 Just after sunset, the costumed warriors arrive on the wooden stage. The two stages are carried by groups of men. Darkness. Lighted by torches and maybe a bright moon. Intensive background sounds. A heroic fight follows.

Old fashioned tug-of-war. Slightly different. The long rope is made of handwoven rice grass. The two village groups compete with each other. Later you are asked to join. After the spectacle, each can take a piece of rope as a lucky charm.

Every village or island has their own rituals. For sure the whole atmosphere and the music will impress you.

Are you going with us?