Kitsugansai Festival on Kohama island is a colourful spectacle for the outsider. During this ‘wishes are fulfilled’ festival, Kohama inhabitants thank the kami (gods) for a good harvest and for new harvests to come. I was here to experience this colourful and spiritual festival. Kitsugansai is every year around November.

The shaman has an important role during traditional festivals such as Kitsugansai and Hounensai, both harvest festivals. Japanese shaman are traditionally female and it passes from mother to daughter or cousin. They are an intermediary between humans and kami (gods), it is said they can predict the future. Local people invite the shaman for advise on several decisions. Although they do unusual things, shamans still take part of every day life and also have families.

From the day before the festival until the end, the shaman stays at the sacred place in the village together with other priestesses.

The locals chose the present shaman in Kohama, which isn’t the traditional way. Because Kohama island is small and young people move to mainland Japan or other city areas, the traditional shaman family tradition couldn’t survive. With the possibility of a chosen shaman, the tradition evolves and continues. 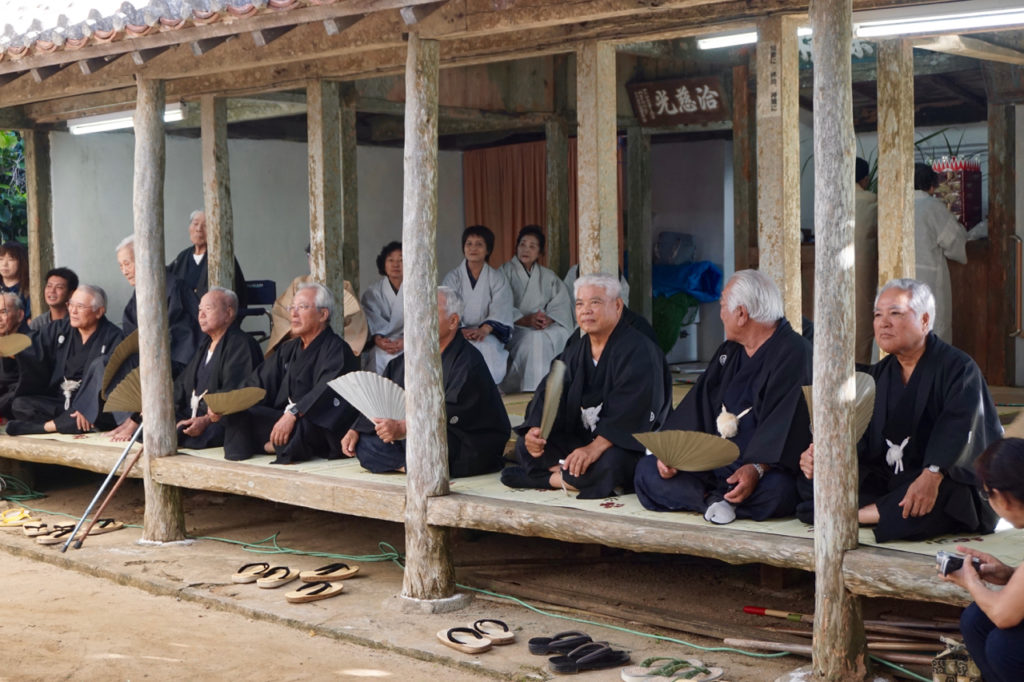 The sacred place during Kitsugansai festival

‘Kitsugansai means ‘fulfilled wishes’ festival’. For the local people of Kohama island this is a festival to look forward to. The performers practice a whole year for this specific day. It’s an honour to be part of the performing group. Nowadays also people from other places in Japan, which can show a deep understanding and love for the Yaeyama culture and live in Kohama, can join the performance.

After sunrise, the performers prepare, help each other to get dressed and practice the dance steps.

The festival takes place in the eighth month of the moon calendar. During the Kitsugansai festival, the south and north village join each other to thank the kami for fulfilling the wishes and for new wishes to come. Performers dance, make music and sing about marriage, nature and harvesting. Every village has their own god.

The god of one village: 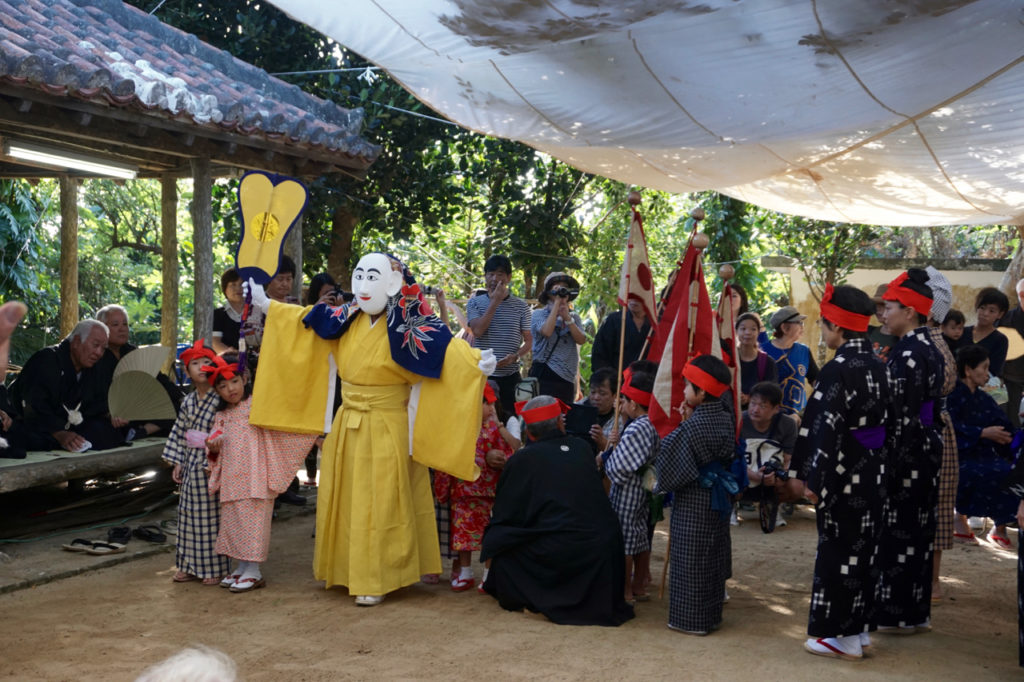 And this the other, do you see the differences?: 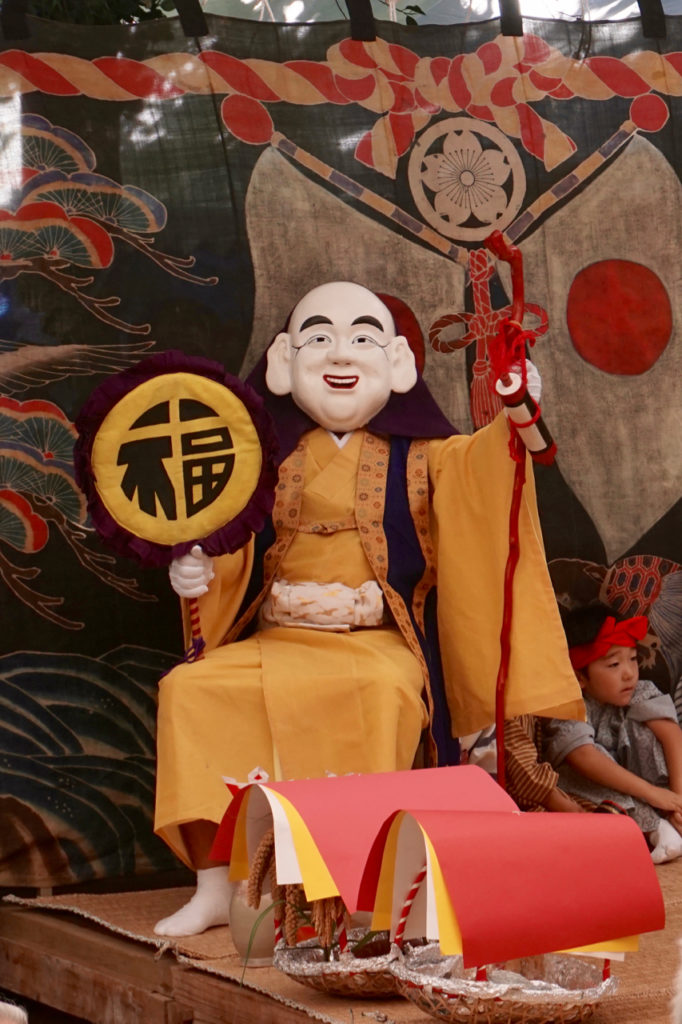 Information on how to go to Kohama island from one of the other islands, find it here.